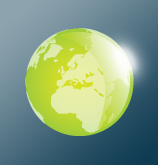 In the United States, Europe, and increasingly in emerging market countries, energy generation, distribution, and transmission are being revolutionized through the introduction of the smart grid and distributed generation. Consumers and producers of energy alike will benefit from smarter use of better energy sources – leading to reduced consumption and cost savings.

Smart grid generally refers to a class of technology people are using to modernize utility electricity delivery systems using computer-based remote control and automation to improve the efficiency, reliability, economics, and sustainability of the production and distribution of electricity. These systems are made possible by two-way communication technology and computer processing that has been used for decades in other industries. These technologies are beginning to be used on electricity networks, from the power plants and wind farms all the way to the consumers of electricity in homes and businesses. They offer many benefits to utilities and consumers — mostly seen in big improvements in energy efficiency on the electricity grid and in the energy users’ homes and offices. Eventually, the smart grid will integrate smart homes, plug in electric vehicles, and distribution intelligence. Microgrids are modern, small-scale versions of the centralized electricity system.

Big data and demand response are major components of building the smart grid. Utilities are using big data by managing, analyzing, and deriving operational and customer value. The eventual goal is to have data enabled utility enterprises. Smart meters enable two- way communication between the meter and the central system, and their installation will force utilities to analyze much more information than was available before. Big data is enabling smart grids by assisting with outage response, understanding the reliability of renewables, and improving forecasting.

Demand response is defined by the Federal Energy Regulatory Commission (FERC) as “changes in electric usage by end-use customers from their normal consumption patterns in response to changes in the price of electricity over time, or to incentive payments designed to induce lower electricity use at times of high wholesale market prices or when system reliability is jeopardized.”

Distributed generation takes place on two levels: the local level and the end point level. Local level power generation plants often include renewable energy technologies that are site specific, such as wind turbines, geothermal energy production, solar systems and some hydro-thermal plants. These plants tend to be smaller and less centralized than the traditional model plants. They also are frequently more energy and cost efficient and more reliable. Since these local level distributed generation producers often take into account the local context, the usually produce less environmentally damaging or disrupting energy than the larger central model plants. At the end point level the individual energy consumer can apply many of these same technologies with similar effects. One distributed generation technology frequently employed by end point users is the modular internal combustion engine.