A lot has happened over 2015-16, including the adoption of the Sustainable Development Goals (SDGs) by governments as well as the signing of the Paris Agreement on climate change. The world has seen expectations change from mobilization and momentum building to a focus on execution and delivery in 2016. Businesses worldwide are expected to scale up investments in the transition toward low-carbon economies and a sustainable future.

Being one of the most populated and economically significant nations on the planet, China played a major role in the success of both COP–21’s Paris achievement and COP–22’s Marrakech outcome. The People’s Republic of China is at the forefront of the climate change negotiations and an active participant in other multilateral environmental negotiations. China and the United States made a joint announcement to ratify the Paris agreement, which is a shift from the countries’ stance in 2009 at COP–15, where both nations led in the lowest possible commitment to achieve an agreement.

China has emitted more greenhouse gases from energy production than America since 2006 and last year China emitted approximately twice America’s total. At the present rate of development, cumulative Chinese emissions from energy production between 1990 and 2050 will equal those generated by the whole world from the beginning of the industrial revolution to 1970. This calls for a shift in the way China conducts its climate finance and carbon trading system, in addition to a more significant commitment on a global scale. Over the past two decades, China has made significant strides in promoting energy efficiency. With $34.6 billion invested in clean technology in 2009 alone, China has positioned itself as the world’s largest investor in renewable energy.

In Marrakech, China seized the opportunity to continue to lead the rest of the world in setting a concrete roadmap for mobilizing funds for climate finance. China’s pledge at the Paris summit suggested that carbon dioxide emissions would peak around 2030. Carbon emission intensity must decrease as policies become strengthened and more effectively implemented, including by more effective financial incentives, and as less carbon intensive energy supplies are deployed. While taking climate action in this regard, many areas of society such as infrastructure, housing, commercial buildings, appliances, fertilizers, and cement production will reach maximum intensity and replacement of more energy efficient technologies will be implemented. 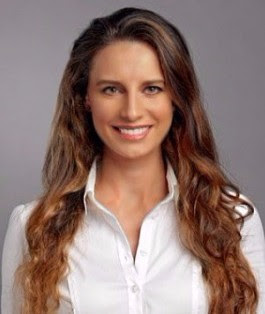 Theresa McCarty is a dual MEM/MBA candidate at Yale University. Prior to graduate school, Theresa focused her efforts on corporate strategy and government regulations that maximize cost effective energy efficiency and sustainability measures in relevant markets. She enjoys traveling, has lived on 4 continents and speaks 5 languages.