MISSION | WHAT WE DO | BIOGRAPIES | JOBS

Sonali P. Chitre
President & CEO
Ms. Chitre is an active and dynamic advocate for the environment and critical global issues. Ms. Chitre is a lawyer and consultant with over ten years of experience. She is an expert in the policy and regulatory, strategic management, business development, sales and marketing, and financial aspects of the clean technology industry. She is focused on green technology solutions in the areas of waste management, energy, infrastructure, and transportation.

Ms. Chitre founded PSC in February 2012, capitalizing on years of experience to fill a void in the sustainable development industry. Ms. Chitre is a strong proponent of social and environmental entrepreneurship. Ms. Chitre’s clients include five clean technology companies, including both early stage and later stage ventures, and several investment groups. In early 2014, Ms. Chitre helped one of these investment groups to close a several million dollar long-term contract for a public private partnership with the City of West Palm Beach to provide green technology. In addition, Ms. Chitre has negotiated contracts for clean tech companies with the Government of Oman, the Dubai Electric and Water Authority, and with private sector customers in India and Jordan. 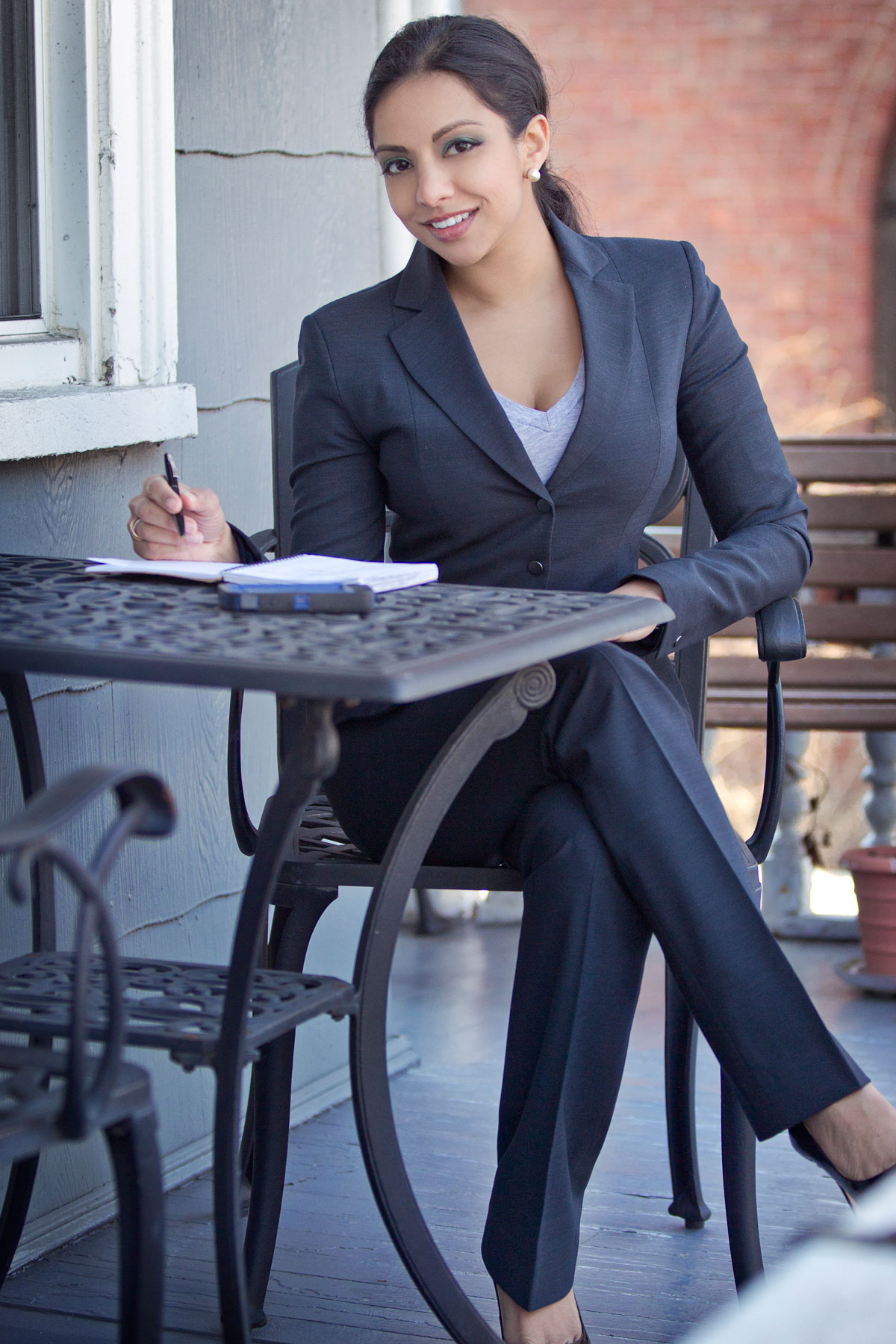 Ms. Chitre believes that only by integrating law and policy, science and technology, and business and strategy can we have a more sustainable planet. Ms. Chitre serves in an advisory and advocacy role at United Nations Framework Convention on Climate Change (UNFCCC) Conference of the Parties (COPs), most recently at COP-22 in Marrakech, Morocco, as well as at other conferences related to the UN Sustainable Development Goals (SDGs), green technology, and international business. She advised the Government of Tanzania on COP-19 in Warsaw, Poland. In March 2012, she presented a paper on India and climate change at a preparatory conference for Rio+20 in London, UK that was well received by high-level Indian government officials and the business community. Ms. Chitre worked at the United Nations during the 66th UN General Assembly, serving as the legal adviser to the Permanent Mission of the Republic of Fiji. In that role she negotiated and drafted international agreements and policy and briefed the Pacific Delegation for COP-17 in Durban, South Africa. Ms. Chitre has worked with the EPA-Region 4, many environmental and nonprofit groups, including Environmental Defense Fund, the Natural Resources Defense Council, and Clean Water Action, and in management at a construction firm in Maryland. In 2010, Ms. Chitre founded the advocacy campaign, “Cleaner Environment Through Accountability in Bankruptcy,” or CETAB, and lobbied over 30 Congressional offices to amend the U.S. Bankruptcy Code.

Ms. Chitre received a B.A. in Political Science with a minor in International Relations from American University and a J.D. from Emory University School of Law where she served as Notes and Comments Editor of the Emory Bankruptcy Developments Journal. She speaks four languages, has traveled to over thirty countries, and is the author of scholarship in the areas of rapidly developing economies (RDEs), emerging markets, law and economics, technology and media, bankruptcy, and climate change and sustainable development. Her publications are relied upon by UN delegates, government officials, academics, scientists, and business leaders, particularly during international negotiations on climate, oceans, and sustainable development. Ms. Chitre is also a regular blogger, Twitter user, and sought after speaker, particularly on issues involving women, diversity, civic engagement, clean tech, and sustainability.

Ms. Chitre is licensed to practice law in New York. She is an Advisory Board Member for Extreme Energy Solutions and a Founding Board Member for FABUM, a five year old nonprofit arts organization located in Washington DC. Ms. Chitre is an active member of the NEXUS Global Youth Summit’s Climate Change Working Group, the New York Academy of Sciences, the Indus Entrepreneurs (TiE), the India Development and Relief Fund (IDRF), the United Nations Foundation, the Young Professionals Steering Committee for the New York League of Conservation Voters, the Environmental Law Institute, the American Bar Association, the New York State Bar Association’s Sections on International and Environmental Law, the New York City Bar Association’s Committee on Project Finance, the South Asian Bar Association of New York, and the Women’s Bar Association of the State of New York. In her spare time, Ms. Chitre is very active with national, state, and local political campaigns and dances competitively, sings, writes fiction and poetry, and is a regular attendee at New York and Washington D.C.’s social and artistic events. She resides in Brooklyn, New York. 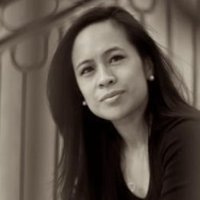 Marc Gross
Vice President & Senior Strategist
Mr. Gross is an attorney and consultant specializing in management strategy, government relations and public affairs, international law and policy, and project finance. Mr. Gross is also an expert in leadership training and event planning. He joined PSC in December 2012 because of his strong background in government and in the private sector, his passion for sustainable development, and the desire to implement the best practices from the private sector for the public good. Mr. Gross believes that it is everyone’s responsibility to contribute to a sustainable planet.

Mr. Gross has over five years of experience working in the Office of President Clinton, the William J. Clinton Foundation, and the General Services Administration. As Comptroller, he created and managed a $10 million annual budget and advised department heads on budgetary matters in addition to developing policies and procedures for financial transactions. He coordinated with the U.S. Government to determine and oversee funds disbursed to President Clinton pursuant to the Former President’s Act and collaborated with President Clinton’s financial advisors to develop his personal budget as it related to the Foundation.  In addition, Mr. Gross served as the Director of Advance and Director of Scheduling.  In those roles he advised President Clinton in selecting and planning trips. He scheduled trips to more than 30 countries including Chile, Rwanda, China, Liberia, Canada, Indonesia, Malawi, South Africa, and Ethiopia and managed major events including the September 2005 Inaugural Clinton Global Initiative Meeting, United National Special Envoy for Tsunami Recovery Missions, and Hurricane Katrina relief efforts.Mr. Gross managed President Clinton’s international book tour to promote the autobiographical work, My Life.  He also coordinated with the White House and U.S. State Department to design and implement Presidents George H. W. Bush and Clinton’s trips to Tsunami affected areas.  Mr. Gross has also worked at the Internal Revenue Service Department of Treasury, for the Honorable Leo M. Gordon at the U.S. Court of International Trade, and the Walt Disney Company. Mr. Gross received a B.A. in English from Hunter College, City University of New York and a J.D. from Emory University School of Law where he served as Managing Editor of the Emory International Law Review.  He is licensed to practice law in New York and New Jersey. A native New Yorker, Mr. Gross plans to seek political office himself in the future.  He and his wife Cara reside in Queens, New York.

Mr. McDougall is an attorney practicing in the District of Columbia and Maryland. After working with the regulatory compliance and enforcement division in the Washington D.C. office of a multinational law firm, Bingham McCutchen, LLP, for four years, Mr. McDougall now focuses on counseling small and start-up businesses on planning for legal, financial, and operational risks involved in various stages of growth. Mr. McDougall has worked with businesses in a number of different industries, including software development, small business investment, sustainable agriculture, financial services, martial arts and fitness, and sustainable energy.

Mr. McDougall is constantly looking for new opportunities to participate in the development of sustainable business practices across the world. While working at Bingham McCutchen, Mr. McDougall actively sought work in the sustainability space and had the privilege of contributing to projects such as closing a $50 million loan from the Overseas Private Investment Corporation for Habitat for Humanity as start-up capital for an international housing microfinance fund. In other matters of public interest, Mr. McDougall has drafted briefs filed with the U.S. Supreme Court on equal access to education for children with disabilities, motions in federal court regarding the detention of prisoners in Guantanamo Bay, and has represented foreign immigrants in asylum proceedings. While in law school, Mr. McDougall was a member of an organizing body for a volunteer project in New Orleans providing relief in the wake of Hurricane Katrina where he helped to represent dispossessed property owners. Mr. McDougall received a B.A. in African American Studies and English from Wesleyan University and a J.D. from Howard University School of Law.

Nathan Conrad
Creative Director
Nathan Conrad is a Creative Director and an expert in web development, video, graphic design, social media, online advertising, and branding. Mr. Conrad is the Art Director at DSYN Multimedia, a design company based in New York. Mr. Conrad is passionate about digital media, technology, and sustainability and the positive effects they have on people’s lives. Mr. Conrad has been working in media for over 17 years. He has worked in multi-disciplinary media, helping organizations with advertising, brand management, public relations, social media, and developing online presence.

He started his career in video and then web production in Los Angeles working on the Absolut.com website for Absolut Vodka.  He has since worked from L.A. to New York and in many places in between with diverse individuals, companies, and organizations, including several well known entertainers and fashion designers.  In terms of website design and development, Mr. Conrad began coding HTML before there were WYSIWYG editors available.  Since then, he has continued to work with every available tool, such as Flash, for website and multimedia production. He creates all parts of websites from start to finish, including designs, wireframes, HTML coding, image optimization, Flash, Flash video, SQL database building, and writing scripts that add dynamic features to websites.  He is also experienced in coding and optimizing HTML email for cross-client compatibility. Mr.Conrad holds a degree in Fine Art from the Savannah College of Arts and Design.

Mr. Conrad is also a freelance artist and an active member of the New York art and music community.  He creates electronic music, videography glassware, paintings, and photography and multi-media art. He resides in Brooklyn, New York.