Like most of the Caribbean islands, Puerto Rico is in a vulnerable location due to tropical storms and sea-level rise affected by climate change.  Although the island has a chain of mountains in its center, most of the populous cities and vital infrastructure, such thermoelectric plants, the main airport, and hospitals, are on the coast.  Nearly two and a half of the three and a half million (56%) of people that consider Puerto Rico their home, as well as the three and a half billion-dollar tourism industry, are located in these vulnerable areas. Old San Juan, Condado, and Isla Verde, the main tourist spots, are at risk for sea level rise that poses a serious threat to the economic development of the 72-billion-dollar debt-stricken country.  Puerto Rico’s diameter is 100 x 35 miles long, giving it one of the highest population densities in the world.

Additionally, the water surrounding the island has warmed nearly two degrees since the beginning of the 20th century, making this water one of the hottest sections of ocean in the Caribbean Sea.  The projections for the end of the century estimate it could rise to 5 degrees Fahrenheit, which would make Puerto Rico the warmest among the US territories. The increased warmth of the ocean creates the perfect breeding ground for stronger hurricanes; from 1984 to 2012, wind speeds in hurricanes have increased by 3mph.  Puerto Rico has been blessed because strong hurricanes seem to evade the island, however, I cannot help but wonder what will happen if a strong hurricane does come?

Floods are quite typical in Puerto Rico due to lack of effective construction.  The island’s infrastructure cannot handle large quantities of water and rising sea levels.  Due to rapid urbanization of metropolitan areas, thousands of trees have been cut down, which further intensifies flooding. Since soil has been replaced with concrete, the water continues to stream inward, rather than being absorbed by the soil.  Given that climate change will reduce the frequency of rain but will increase the intensity of rainfall, it increases the risk of floods. On the west coast of the island sea level rise is wearing away the shoreline at a rate of three feet per year. When hurricanes come, people who live along the coast will not have a protective barrier against strong currents that will come inland. Sea level rose almost four inches relative to Puerto Rico’s shoreline since 1960 and it is likely to rise one to three feet within the next century.

What measures is the government enacting to combat the effects of sea level rise? The Puerto Rican Climate Change Council created a comprehensive report in 2010. However, since then, not much attention has been directed towards this pressing issue because the government is working towards reducing the island’s economic debt. In my opinion, due to Puerto Rico’s legal standing as a US colony, colonizers have created a Fiscal Control Board to oversee and administer the financial crisis.  Essential institutions such as the University of Puerto Rico might see federal funding cuts of 450 million dollars, a measure that would shut the system down completely. To counteract the effects of sea level rise, we must protect or accommodate vulnerable municipalities to guarantee the conservation of essential infrastructure. However, if the Board is planning on cutting University funds, how is the island supposed to stay afloat when the most important system of higher education is on the verge of collapse? How will future generations have the necessary training and degrees to solve the most pressing issue of our times? 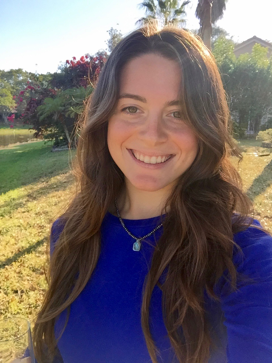 Paula, originally from Puerto Rico, is currently pursuing her Bachelors in Psychology at the University of Miami in South Florida. Her interests range from learning new languages, motivating peers in her self-created fitness class, to meditation. She is passionate about her country’s current political status and educating others on the matter of climate change.